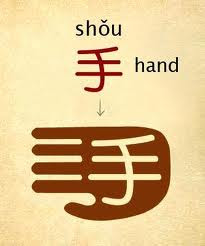 When Georges Perec’s French novel La Disparition, a text missing the letter E, was translated into English (‘Anglais’ preferred in this context), many people asked, Why? The literary challenge of writing a book without the main vowel was one of Perec’s interests. Indeed, it was his purpose, because it drew attention to something overwhelmingly vital that was actually missing. One never reads the book in French without thinking that the main letter isn’t there, which is what Perec wanted his reader to think. This absence was a reminder of other absences in postwar France that haunted Perec and his audience. He draws attention to absence through the artifice of his book, and by its very linguistic structure.

An English translation in which E has been elided might seem perverse. Has the translator served literature well, or simply gone to excessive trouble to repeat a trick that could not repeat the hidden message on the French absence? Translation is always going to lose something from the original, this is a given, but how can anyone translate such a deliberately contrary piece of literary writing without in fact creating a new work that has only remote resemblance to the original?

These thoughts went through my mind when reading online about Professor Dai Congrong’s newly published translation of James Joyce’s Finnegans Wake into Chinese. She spent eight years translating the first third of the book, reminiscent of the Italian release of their Finnegans Wake into recognisable sections over a protracted period of time. Anna Livia Plurabelle is gorgeous in Italian, confirming that rivers of the world have different ways of flowing. The report in last week’s Guardian reminds us “the book’s language is thick with multilingual puns and brazenly defies grammatical conventions.” That’s just for a start, some would say.

The question with a Chinese Finnegans Wake is not whether one can be faithful to the original, or work with approximations, or at least give the gist, but whether one is in fact writing a whole new work. How on Earth does a Chinese translator get at the hundreds of multiple meanings, many of them operating across several European languages, existing on a single page?  Not to mention the notgoaheadplot itself, where characters have no sooner formed some sort of identity than they morph into someone else, or something else like a rock, have their name changed for them without consultation, or speak in a non-cohesive fashion? Dai Congrong explains her approach in an interview:

"The things I lost are mostly the sentences, because Joyce's sentences are so different from common sentences," she says, adding that she often broke them up into shorter, simpler phrases – otherwise, the average reader "would think that I just mistranslated Joyce. So my translation is more clear than the original book."


Yet she took great pains to remain as faithful to the original as possible. "For example, there was a phrase in Finnegans Wake that said 'sputtering hand', which might mean shaky. If I translated it as 'shaky hand', that would be OK – in Chinese it's a good sentence. However, I just translated it as 'sputtering hand'. Sputtering and hand cannot be put together in Chinese grammar, but I put the two together anyway."

I wonder which signs in Chinese she used for ‘sputtering hand’ and what those words mean in turn in the original Chinese language. How many meanings are there in the Chinese that are not even in the Wakese? Are the myriad short phrases in Chinese (her solution) a new form of Chinese poetic prose? Where is all of this cross-fertilisation going?

Hugo Rahner, the brother of the German Jesuit theologian Karl Rahner, once remarked of that theologian’s at times difficult writing style, that one day someone will translate him into German. Then, by implication, we will all understand. This anecdote occasionally comes to mind when reading Finnegans Wake, a book that starts making more sense the more we translate it back into the English it is supposed to be written in. We accept that English is the language platform and operating system upon which Finnegans Wake does its performances. We can at least see English in there amidst the vocabulary, which is helpful sometimes. But if it has to be translated into English, what happens in Chinese?

Apparently the first volume of Fennigen de Shouling Ye has “sold out its first run of 8,000 copies and reached number two on a prestigious bestseller list in Shanghai, second only to a biography of Deng Xiaoping.” Reactions to the book may prove to be as distraught and confused and amused as those of the Parisian intelligentsia (bourgeois through and through, not a Maoist in sight) who first came to terms with Work in Progress through the 1920s and 30s. I like the translator’s cautious promotion of the book for her native readers: “Dai ventures that Chinese readers may appreciate Joyce's rumination on the cyclical nature of history, the relationships between his male and female characters, and the sheer challenge of interpreting his prose.” This suggests that there is a readership in China for Joyce at his craziest and most dextrously linguistic. This is good news, I would suggest. It is welcome to know that her contract covers the remaining two-thirds of the novel, and that Dai has no qualms about continuing.

But beyond its immediate impact on Chinese readers, I keep thinking of something once argued by Joyce’s rumbustious colleague in Paris, Ezra Pound. Pound himself had translated from the Chinese, some think it is amongst his greatest work, and he held as a tenet that English literature is nourished by translation and that the great ages of English literature are great ages of translation. Dai’s is a truly awesome achievement. After the hubbub of first release subsides, I think one of the most interesting things that will come out of this work will be its impact on literary Chinese. The translator has possibly contributed greatly to the poetic of 21st century Chinese literature. Dai Congrong has contributed to Chinese literature itself by presenting a book like no other, an imaginative expression of time and human behaviour like no other. Its real impact will be long-term on other writers in Chinese, who stand to benefit by Dai’s play with Wakese. As she says, “I think it's a very great book – after I read Finnegans Wake… I'll think oh, this writer used a sentence that's too traditional, too simple, and if he can experiment more with his sentences then he might be able to express different things."