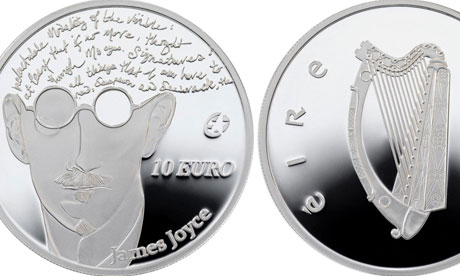 The last word in Finnegans Wake is ‘the’, the English definite article. That book is Joyce’s desperate attempt to escape the confines of one language, English, to create some new pan-language best able to express his vision of human existence in time. The results remain contentious and open to dispute and interpretation. There is no end to Joyce’s cyclic explanation of the world and we who live in it. That’s as will be. Yet even though James Joyce invented a kind of Esperanto of imagination to dramatise his perceptions (itself a unique and incredible literary achievement), one of the ironies of Finnegans Wake is that it depends upon English language, grammar, and syntax in order to be intelligible. If Czech was his first language, Finnegans Wake would be similarly dependent on Czech grammar. Ironically, the book ends with the most common word in usage, and I don’t mean ‘okay’, I mean ‘the’. Indeed, Joyce himself explained to an interviewer that ‘the’ was the final word precisely because it was the most ordinary, common word in the language. After half a lifetime of inventive linguistic brilliance, i.e. Finnegans Wake, his conclusion is the plainest, most common word in existence. The locus of ‘the’ as the status quo of Finnegans Wake ought not to be ignored by its many readers.

The irony revisits us this week with news from the Emerald Isle. Ireland’s central bank has issued a new silver €10 coin to commemorate James Joyce, which features an illustration of the modernist writer and a quote from his celebrated work Ulysses. Except that the quote, taken from the Proteus episode, i.e. Stephen walking Sandymount Strand, has been misquoted on the coin. Joyceans will find this priceless. But in fact um sorry, not priceless, 10 euros. Hence The Guardian:

The quote comes from a scene when one of the two main characters, Stephen Dedalus, is walking along Sandymount Strand in the writer’s native Dublin.
Joyce wrote: “Ineluctable modality of the visible: at least that if no more, thought through my eyes. Signatures of all things I am here to read.”
However, on the €10 (£8.50) coin the extra word “that” is inserted into the second sentence.
The bank responded on Thursday, admitting that the misquotation is an “error,” but calls it “artistic representation” and not “literal representation”:
“The Central Bank acknowledges that the text on the Joyce coin does not correspond to the precise text as it appears in Ulysses (an additional word ‘that’ has been added to the second sentence). While the error is regretted, it should be noted that the coin is an artistic representation of the author and text and not intended as a literal representation.
“The coin will continue to be available for purchase. Anyone purchasing the coin will be informed as to the error in the text. Anyone who may already have purchased the coin and wishes to return it will be facilitated with a full refund.”
The comic recoil of the bank is itself Joycean in its ludicrous efforts to explain away its own mistake. What is ‘that’ amongst friends? Only an error that could have been avoided if the bank had double-checked, or had as advisors anyone with an ounce of literary nous. Where did ‘that’ come from? Is the line better or worse for ‘that’?
Well, maybe more than meets the eye and ear. In Proteus the author portrays the overheated intellectual forces at work in Stephen Dedalus. We can enjoy Stephen’s directions of thought while simultaneously finding amusement at its pretensions and self-absorption. ‘That’ in the first sentence minted on the new coin refers to the entire visible universe, as known through all of the senses. It is a demonstration in situ of the realism test set by Saint Thomas Aquinas, a standard philosophical procedure that Stephen has learned from his Jesuit teachers and which he is now putting into practice. ‘That’ means everything, the universe itself, available to the receptive mind through all the senses. Problem is, ‘that’ as introduced by the bank in the second sentence does not refer to the ‘that’ in the first sentence, but acts simply to fill out the flow of the sentence, which is not what Joyce intended. Clearly, Joyce in Proteus creates an abrupt clausal logic, in mimetic keeping with the steps Stephen takes along the stony beach. “Signatures of all things I am here to read,” deliberately sets up a juxtaposition between all the facts of ‘that’ which he reads and Stephen himself, reading them. ‘That’ in the first sentence is a demonstrative pronoun, in the second a subordinating conjunction. I would argue that Joyce himself would never have allowed such a confusion in consecutive sentences, and nor should have the bank. “Signatures of all things” is not Aquinas but another very late medieval thinker close to Stephen’s heart, the German mystic Jakob Boehme in his work Signatura Rerum (1621). The idea that everything has a signature is an attractive and creative one for a young poet, though Stephen is not the person to take mastery of the idea. That is for James Joyce himself, amongst others, to try and perfect, as he does time again in his great late novels. What is going on in the Sandymount walk is the origin of a poetic that Joyce uses everywhere in descriptions of people and things throughout Ulysses. By Finnegans Wake, this includes activities of the mind that are not just objective, not just things that I am here to read. 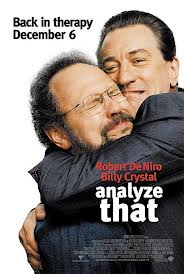