Don’t let the turkeys get you down, as the saying goes. For even the best regulated lives have to deal with difficult people and petty tyrants. Pablo Neruda himself asks,

Why do the fleas
and literary sergeants bite me?

His though is a world more extensive of view than a publisher’s desk or editor’s redraft.

Has that solemn senator
who dedicated a castle to me

already devoured, with his nephew,
the assassin’s cake?

For this is a world on the edge, a society in 1973 where no one knows who to trust, where what you say today could be your death warrant tomorrow.

What does it mean to persist
on the alley of death?

Adolf Hitler is not the most interesting figure in Second World War history, not by a long way, but that period is unimaginable without Hitler. We will never know if the course of history could have been otherwise. Pablo Neruda gets to the point.

What forced labour
does Hitler do in hell?

The tyrant ends up where we (and any reader of Dante Alighieri) would expect him to end up. Late in El Libro de las Preguntas the poet asks a series of questions about the tortures Hitler must suffer in Inferno, tortures he was responsible for inflicting on so many innocent people.

Or must he die without dying
eternally under the gas?

Hitler’s entry into the poem is ominous. He is a stand-in or exemplar for any tyrant and in the circumstances of the poem’s composition, Hitler is code for something, someone, very much alive at the time and about to act.

Isn’t it better never than late?

… Pablo Neruda asks grimly of the impending moment. It is a black joke, for he and his friends would prefer anything to the political disaster that is about to befall Chile.

Is it true that a black condor
flies at night over my country?

The poet indicates that dictatorship in his country is a possibility, without naming names. He knows South America’s modern history of military regimes.

Why does the professor teach
the geography of death?

And though he can name President Richard Nixon in his poem, a contemporary who deserves the fires (or at least napalm) of hell, Pablo Neruda cannot dare name Chilean names in the same way. The closest he comes are surreal references to familiar local sights.

At what does watermelon laugh
when it’s murdered?

Other names come close to the poet’s own memorial sense of inescapable tragedy.

Why does it not dawn in Bolivia
after the night of Guevara?

Because for all of the thanks for life being expressed in this his final long poem, Pablo Neruda stares at the inevitable moment. He must meet the power of the tyrant, just as others have during his lifetime, in other countries than his.

How large was the black octopus
that darkened the day’s peace? 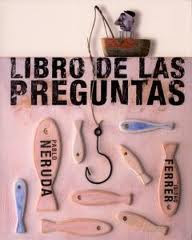