A few thoughts after attending last Friday night’s performance of ‘Macbeth’ by the students of Ivanhoe Girls’ Grammar School in Melbourne.

The local girls’ school is currently performing an all-female ‘Macbeth’. Returning to the Scottish Play after many years is salutary and astonishing. One forgets yet how tight the drama is, how many memorable lines operate inside a “brief hour” on stage, how intensely everything spoken devolves to the psychodrama in Macbeth’s own mind.

There are two openings, each setting the pace and direction for all that follows: the witches’ first scene and then, quite separately, Duncan’s arrival. “What bloody man is that?” is the opening line of the action really, and it surprises and shocks still, not least when coming from the mouth of a Year Ten schoolgirl. As if the witches did not instantly catch our attention, Shakespeare then uses a swearword in the mouth of a king. The Jacobean audience, highbrow and lowbrow, would have been caught right off-guard. And what bloody man is that? A wounded captain, but for an audience then, more than now, a hint at Ecce Homo. But too, Shakespeare makes the audience look at the king who soon will also be a bloody man.

The play comes in two great waves, each set off by the witch scenes. In the first wave Macbeth and his wife are tempted by “vaulting” or “overarching ambition” and, by willing themselves to kill Duncan, gain power while setting in play uncontrollable effects they had not imagined. The second wave starts when Macbeth visits the witches the second time, to be assured about his power, only instead to be warned in riddles of how that power may be kept or lost. The witches inspire but also haunt Macbeth and the Director reminds us of this by breaking up the lines of a couple of his famous soliloquies and giving them to the witches. The sense of inescapable torment is thus heightened: he is not speaking his own thoughts alone, his words are driven by the internal presence of the “weird sisters”.

The director brought these waves into relief by having two Macbeths. The girl playing Macbeth in the first half of the play is upright, purposive, controlled, unquestioned. She wears black in contrast to the white of Lady Macbeth (played stylishly by an actor we could mistake, at least in the first scenes, for Grace Kelly). The Macbeth of the second half wears red, is slowly losing it, is directed to play someone in a state of fear and high stress. By the end she is virtually out of control. One of the hardest challenges in Macbeth is how to resolve the contradictions inside the main character. Macbeth has to be both strong and weak, depending on the circumstance. He has to be determined, then procrastinating. Certain, then in doubt. Capable of quick decisions, then indecisive. Having two actors play Macbeth is an astute way of showing this, his desperate descent, his divided self.

Brought up on the idea that Shakespeare is theatre full of poetry it is still disarming to find that the whole play is a poem, not just individual passages. The set pieces, the great speeches, the brilliant dialogues are poetry, but a play like ‘Macbeth’ is a highly sustained poem all on its own. There are no wasted words. Even small asides or seemingly incidental scenes serve the meaning and the mood. They steady the mood, or heighten it, or suddenly hint at something momentous just over the horizon. We are rarely ever given respite from the sense of unnatural things going on, that time and order must be set right again.

But what do we make of Macbeth’s ultimate speech? If a play signifies “nothing” then what is ‘Macbeth’? Is this Shakespeare’s out clause? Is he protecting himself from the lawyers? Or any further critical judgement? If all of this is “signifying nothing” then is anything in Shakespeare to be taken seriously? Or are we simply to take it that he is the Fool, there to amuse King James and his court? As the speech also says, he only has “his hour upon the stage”, so whatever he says must be said well, even if it comes to nothing. Poets and writers know the pressure that is being referred to here.

Then when we listen to the main speeches we are struck by how modern they are. Is this just familiarity with Shakespeare? If we happened upon say Macbeth’s speeches for the first time would we find them strange verbal objects from another time? Or would we hear them as immediately as we still do? Their cadences and surprises and meanings are in an English that is wrought, but accessible. He is not foreign in time. We are confronted anew by how much Shakespeare is “our contemporary”. His words shoot forth inside their own theatrical context, but in the formal poetic sense they are what any number of modern poets strive to achieve, that connection between the intensely personal and truly universal, in language someone surely will still understand and remember.

The fortune of having an all-female cast is you can have a really big witch scene. A large number of actors performed a circular choreography to resemble a cauldron, running in opposite circles with lights. This created an enormous uncontained energy on stage, in contrast with the formality of the court scenes. It reminded us of the banished feminine that prevails in ‘Macbeth’ the play, where male ambition and power are mainstays of the actual drama. Only a man may be ruler. As a result the witch scenes become truly memorable, as we are presented not just with the dangerous auguries of the three spoken parts, but of the potential forces of nature that mere statecraft cannot manage. The director also made the cunning move of treating the three witches as the three stages of life – youth, age, crone – thus setting up a new sense of them in the drama. They also have lives to live and the stakes can be high.

First encounters with ‘Macbeth’ may be fearful and rather overwhelming. What to make of these obsessions with blood, these outlandish and multiple analogies to birds (“The raven himself is hoarse / That croaks the fatal entrance of Duncan / Under my battlements”), these peculiar switches of allegiance without authorial explanation? Every scene raises such questions: the answers are always satisfying in our ongoing learning of Shakespeare. But as we get older we ask, what did King James’s court make of all this? A king from Scotland, who has by force of lineage come to unite the Kingdom and just survived the events of the Gunpowder Plot (1605), who has a known academic interest in witchcraft, what was he to make of all this? Was Shakespeare simply handing up what he knew would be good entertainment? Was there clever political point-scoring going on that would assist Shakespeare’s own social purposes? It was certainly diverting to ponder these and other questions, the night after Scotland had voted as a bloc against the centralised government of Westminster, in May 2015. 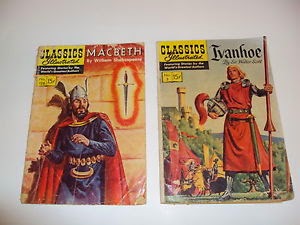