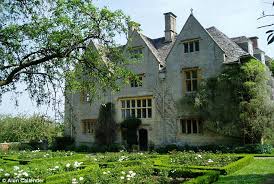 Some other thoughts on T.S. Eliot, before, during and after our presentation to the Institute for Spiritual Studies at St. Peter’s Church, Eastern Hill, Melbourne on Tuesday the 21st of April.

Eliot became a believer and practitioner of ritual, both in poetry and life. The silence of his last twenty years, when he wrote no more big poems, reminds me of a life lived out symbolically. His life reads like the parts of a service like the Mass. There is the turmoil and crises of his early life, the resolutions and restorations that come after the poem Ash-Wednesday, and then the silence and peace following Little Gidding. There is no point labouring this idea too much, but clearly Eliot found no need to say anything more once his life of faith was understood and accepted. “Shantih. Shantih. Shantih.”

“Not very satisfactory” in East Coker echoes in our minds with The Journey of the Magi. This evocative description of travel to the birthplace of Christ climaxes with the anti-climactic line

And arrived at evening, not a moment too soon
Finding the place; it was (you may say) satisfactory.

This is an instance, amongst many, of Eliot connecting words in Four Quartets with earlier poems. Or rather, where familiar Eliot words have an uncanny knack of showing up in Four Quartets. I quote this because there are different schools of Eliot reader. Some regard Prufrock, The Wasteland and everything before 1927, the year of his conversion, as the main work, with the later poetry an inexplicable shift to some conservative religious position. Others see everything after 1927 as really the heart of the matter. In my view Prufrock, The Wasteland and all of his work finds its way, in some way, into Four Quartets. It’s the centre of his accomplishment, but not as meaningful without the previous work. After Four Quartets he didn’t need to add any more, and he didn’t. Which, in itself, is example to us of how a life, our life, will mature and outgrow old yearnings, mistakes, dogmas, declarations, while not for a moment rejecting or forgetting those experiences. This is one of the great effects of reading Eliot entire, the poetry depicts the life of a man in auditory and dramatic fashion, from hope through despair and emptiness to a life revived by the encounter with another, whom he had not expected.

The First and Second World Wars are sometimes treated by historians as one thirty-year war, with a cessation of full-scale hostilities in the middle. When we observe that Eliot’s poetry was all first published between 1917 and 1942, we must consider Eliot’s role as a war poet. By this I mean, Eliot is poetic witness to the results of total war – its damage, its ruptures, its malaise. The Wasteland was written through the immediate post-war trauma of London, while Little Gidding signals the world of London entering directly into another war. Fragments of paper with fragments of words. Landscapes that are evidence and will be walked into, with whatever strength is available. Eliot is a recorder of civilization and its discontents, where war and peace co-exist. And it is worth bearing in mind that the inter-war years in England witnessed the popular rise of Anglo-Catholic practice as formulated by the Oxford Movement. Eliot is sign, witness, and legatee of that religious ferment.

Some people like to lump Eliot in as an Anglo-Catholic poet, but I find such definitions misleading. He is foremost a poet, a maker of poetry with a vast range of religious and other knowledge, knowledge he is keen to use openly in the work, where apposite. What happens, and I think this is what we learn today for ourselves, is that he goes to the sources of his own traditions. He seeks them out, learns from them, foregrounds them as valid and life-giving. It is not that he rejects or denies other knowledge. Rather, he restores that which was inside him, and which was waiting to be re-found. Four Quartets is a kind of summation, or maybe better – testimony – to all of that.

If Burnt Norton was the house where Tom Eliot and Emily Hale visited when she stayed in England, the location he chose for the poem, then new readings of that poem are promised, and of Four Quartets as a sequence. If Tom wrote to Emily every week for 42 years, as Will Johnston said during our planning, then Burnt Norton is one crystallisation of their relationship. No one writes to their mother that often, as Robert Gribben noted during our planning. It would be crude to describe Burnt Norton as a poem about ‘the end of the affair’, because it isn’t, nor could their relationship be thus described. Emily was obviously his main listener and his equal. Emily was never just ‘the other woman’, that we can tell simply by the propriety with which their correspondence was maintained. She is central, more central possibly than any other person in his life before Valerie arrived on the scene. Distance makes the heart grow fonder, it also means you have to write a lot. Is Burnt Norton an unacknowledged love poem? And Four Quartets itself further expressions of that love, but said in other ways? These and other questions will get an airing when the correspondence is released from bondage in 2020. One very big question is the absence of Emily Hale’s own voice in the Eliot world. How much is she a main missing element in the Eliot story?

That Eliot is one of the foremost jazz poets is a creative proposal. Our received idea of jazz poetry comes from the Beats, half a century later, but here is young Eliot (cf. Robert Crawford) growing up in one of the decisive cities of jazz culture: St Louis before the First World War. Scott Joplin lives around the corner and Mama Lou plays the clubs. When we try to explain the complete text of The Wasteland, before Pound straightened it up, we gaze upon an assembled writing inexplicable in the context of other contemporary poetry. Passages evoke urban scenes of breakdown and change. Quotation is used with surprise effect but always with deliberate intent. The products of an old culture are turned into something new. The look and feel of the poetry is strange and challenging, also captivating. The poetry emulates the musical methods of jazz. Eliot knew about jazz before he went to Paris, knew about jazz before the Parisians.

‘Tom and Viv’ was a train wreck. Robert Crawford’s portrait of Eliot’s first marriage does, however, illuminate how Vivien Haigh-Wood inspired him. It is she, in particular, who gets him to appreciate that he is a poet first and only second a philosopher. This choice challenged him for years, but she impressed on him the need to write the poetry, in contrast to Eliot’s mother Lottie, who thought the reverse, that Tom was destined to be a philosopher and poetry was not the main game. In turn, the contrast between his prose and poetry is brought out well in Crawford’s careful analysis (‘Young Eliot : from St. Louis to The Waste Land’, Farrar, Straus, and Giroux, 2015) of the marriage. By day he writes closely reasoned articulations of main subjects, a complex perfection of Victorian high style mixing literary, religious and philosophical arguments. Then he sits down to make sense of world and self in which he can connect nothing with nothing. His learning vies with his experience of the conflict and materiality of existence, compounded by the immediate crisis of his marriage: failure, betrayal, estrangement.

So much has been said about Pound and Eliot. Yet at the end of Pound’s life he goes with Valerie Eliot to see the manuscripts of The Wasteland, only to be deeply moved and upset. We can see why from this distance in time. Eliot is singular. His expression and skills evolved out of a very unusual set of circumstances. Their arrival in the world comes as the result of questions being asked by someone who is deeply dissatisfied with a world built on lies, then falling to pieces. Pound says the poem should have been left alone, yet it is his editorial that made for its immediacy and memorableness.