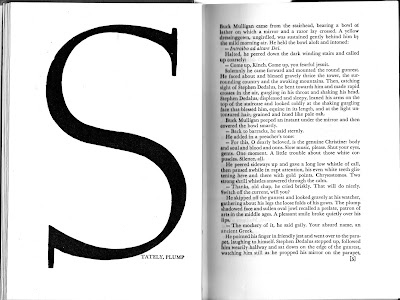 Yes is the author’s last word, linked by its ess to Stately. Yes is much easier to understand than Stately. Why did he choose the word, standing like an ornate boss at the opening? The story is set neither in blossoming April nor shilly-shallying September, but in what Italians call Estate. The first character veers Wildely between stately and plump, as does the female lead, though we do not laugh at the words’ incongruity when referred to her. We peer widely, rather. Stately forewarns us of the State of Ireland, of which we’ll hear much, coming about out of famine.