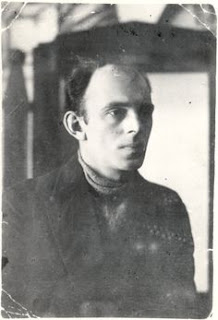 What is the stream of golden liquid that pours from the bottle? It is the given, the proportion of riches that time has brought us, now being poured forth just when the world is in upheaval. Madame Vera Sudeikina, for whom the poem was composed, said the liquid was honey, but translators have theories, one calling it ‘cordial’, another ‘mead’. Honey and mead are the same word in Russian. Everything is slowed down and summery, so that her words, when they come, may be timed by the flow of the honey. She who has invited us into this special world uses words of misfortune – sad, bored or dull – to warn us that she and her friends have known better times. Their expectations are high, but their lives have been reduced by circumstances she cares not to describe. We will not be bored, and feel not the least bit dull, as though that were a rule of life. Who is she talking to but we, her guests in the future, reading the words that fate has provoked, that time has provided? She warns and yet apologises: she stands on her dignity. The words are also spoken to herself, reminding her of the unwritten rule of keeping interest. Having done this little ritual the hostess then looks over her shoulder, whether at us in the future or at the past that she cannot retrieve, we do not know. Maybe both.

The poem was written between the two revolutions of 1917, so what do we make of the fact that everywhere there are the rites of Bacchus, as if the world is “only watchmen, dogs”? For while we may judge this world scene benignly, the poetry gives rumour to wild savagery, uncontrolled lust, mad frenzy. Is it only a rumour? The hostess at home observes that we will not meet anyone around here and the days roll by peacefully “like heavy barrels”, the same barrels containing the wine that could drive people to one kind of excess or another. The only voices we do hear are far off in another dwelling, a hut in fact. That we would not understand these voices implies they are foreign words and that we are living in a foreign place, somewhere removed from wild upheaval. Watchmen are needed, for we seem to be somewhere where nothing happens but could happen violently any time soon. When we know Madame Sudeikina is living in the south, and the poet composed the poem in Crimea, we become aware of a code: for all of the classical imagery of the poem, it is also an evocation of the mood in the Russian provinces during the first revolutionary year, waiting for something to happen, whether it will or not. People will wait and see what happens. It could be all very exciting, it could be nothing to speak of, out here in the provinces.

Taurida, or Tauris, is an ancient name for Crimea. Now the classical allusions of place inform us of its almost elysian qualities, as well as its status as a land of exile. In ten years time to use the same classical allusions will be proof enough of bourgeois tendencies to qualify the poet to exile in quite a different direction: political exile to Siberia. It’s late summer, when the grapes have ripened. Translators agree we are visiting a great brown garden, as though trees and flowers were worn by the strong sunlight. Such is the peaceful siesta-drowsiness of the place the windows are like closed eyelids. The hills are sleeping, and only we seem to walk together through this landscape of white columns and air translucent as glass as though through a heatwave. All time and thought have gone. Reality and unreality are alike immaterial in this place of heightened intensity.

Then we are suddenly spoken to by the poet, as in a classical Chinese poem where half the poem describes the scene, before he speaks. He compares the shapes of the vine to long–ago battles, its leaves like horsemen flourishing at one another, as though the vine were one long living tableau of ancient war. This testimony to peace though is reminder of Greece and its relationship to Crimea, for while there is peace in Crimea it is always at the cost to some greater strife fought out elsewhere. That Crimea will be at the centre of other nations’ battles for power is not far from the poet’s mind, even as we enjoy the scenery of golden acres and extended vintage. His analogy of the vine with an ancient battlefield betrays the awareness of battles being engaged even now to the north (Russia) and the west (Germany) and south (Turkey), though not spoken of, and with outcomes impossible still to predict in the summer of 1917. Only here is there some sense of peaceful tranquility.

This vast silence and peace, not torpor or tedium, continues inside the house as well, even as late as the penultimate verse. The white room stands like a spinning wheel, we are told. The room smells of paint, vinegar and wine cooled in the cellar. Work is happening somewhere, even if we do not witness it first hand. When all at once the poet asks a direct question. Do you remember in the Greek house the wife everyone loved? In Mandelstam’s life this is Madame Vera Sudeikina, an actress who would later marry the composer Igor Stravinsky, in a place very far from Crimea. For in literal terms, the poem describes her house, its gardens and views. But in the legends invoked by Mandelstam the wife loved by everyone is Penelope, who sits spinning and unweaving a garment, giving her suitors the flick while she waits for the return of her husband Odysseus from the Trojan War. The poet makes it clear we are not talking about Helen – the woman everyone loved, in the sense of desired – but the woman at the other end of that vast military epic, the one who welcomes home, who makes home. One translator says it was “time she embroidered”, and how say in a few words what Homer makes implicit throughout the Odyssey, that Penelope’s handiwork is a more accurate teller of time passing than any clock? Because it is she, or rather the virtue of waiting and patience introduced at the opening of the poem, whom we have been observing the whole time, unidentified. That this is going on in Crimea and not Ithaca is not an issue, as the abiding woman is fulfilling the same role wherever and whenever.

Rapidly Mandelstam ramps the crescendo. He beseeches the whereabouts of the Golden Fleece, where are you? He declaims on the thundering of the sea voyage and the weight of the great waves carrying men home. He gives the image of the head of the ship leaving that vessel at last, its canvas worn-out on the seas, and there he is: Odysseus came back, filled with time and space. In a reversal of convention, the two main characters of the poem are introduced at the very end, Odysseus in the last line. Because “time and space” are what he has been living through for the entire length of the poem, through all of its denial of boredom and efforts at philosophy. As have all of us, there in the provinces of uncertainty and lost opportunity and easy living. He arrives at the end filled with all the life that we through the rest of the poem have been wondering could even exist. Where is the life? What lives have they been living, have we been living? asks the poet, by implication. Both parties are crucial to the meaning of the poem: those who wait and those who may, without warning, finally arrive unannounced, their one desire to see again those they have been travelling for years to see. The revolution, when it arrived in all its true brutality, was not the promised relief from inertia we see embodied in Odysseus. Barbarism and more war came to Taurida, as elsewhere. Mandelstam’s poem reminds us of the hope of change alive in revolutionary years, even as the very language he uses goes out of fashion, or is condemned as anti-revolutionary. The woman who inspires the poem herself must escape the country into further exile, with little hope of ever returning. And the poet himself will be sent into exile just for the trouble of being known as a person who writes poetry.