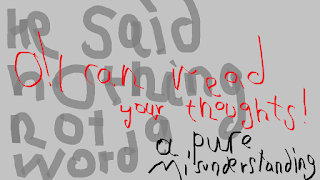 This year’s online Bloomsday seminar via Facebook was a global conversation in the privacy of our own screens. Each of the eighteen short films, released online by Bloomsday in Melbourne at the hour set for each episode, were treated as the ‘papers’ to prompt online discussion. Episode 15 included contributions by Steve Carey, Sian Cartwright, Frances Devlin Glass, Marie-Chantal Douine, Ben Frayle, Rebecca Morton, Emma O’Brien, and Maireid Sullivan, whose initials appear where their thoughts are represented in these analecta.

Wow. That was amazing. Very trippy. Big fan. (EO) Joyce notes the Technique for Circe is Hallucination. This big set-piece episode is at many levels experimental by nature, declaring itself from the page to this day. It is a phantasmagorical melding into and out of the real. It really does seem that’s what Joyce wanted to be the effect, both for character and reader. What’s critical here is that he goes about creating Hallucination in a systematic creative manner. Identities change, memory could be but a dream, and inanimate objects speak.

Reading it I wonder if some of the characters are supposed to be under the influence. Maybe a bottle or two of absinthe washed down with laudanum. (BF) La fée verte. Many an Impressionist came under its spell. (Sian) An interesting thought. It had not occurred to me it might be stimulants of one kind or another. I’d always assumed it was psychic rather than psychotropic. (Steve) There could be some coded references to drugs or the like, but you need to know the lingo of 19th century Dublin drug fiends to pick it up. (BF) Wow, I wonder then if some of Joyce’s medical conditions, e.g. iritis, and perhaps some kind of psychotropic reaction to treatment could have spurred the ‘going over the edge’ that inspired him to write Circe. (Sian)

Places: Dublin, Manchester, San Francisco, New York, Sydney, Melbourne. (MS) Belfast was, and is, a Protestant city, hence more industrial development and less dreaming and poetry. Dublin was, had been and is now the seat of government and all the associated distractions of productivity. (BF) That Molly goes on a singing tour to Belfast should warn us of the provincialism that permeates Ireland. It’s about the most lasting memory we have of Belfast in Ulysses. Paris is a beacon, albeit ambiguous, throughout the book. While that other port city Trieste is a mirage, a palimpsest behind Dublin, that is never named but is readily present once the reader cares to notice. London doesn’t need to named, the implications of its power apparent throughout the novel.

A conversation between Ben and Steve. Ben: This is where I am currently with my sequential reading of the book. I was hoping to get it finished by this morning (16th June 2020) but I realised the last two hundred pages or so are some of the most complex ever written so I have slowed down. Steve: Wise I think Ben. I remember dutifully turning the pages so I could get to Molly and to the end. It was when I really relished the read that I ‘got’ it. Mind you, I have long been of the opinion that Joyce must actually have gone over the edge writing Circe. I’m not sure if it was going over the edge that enabled him to write it, or writing it that tipped him over, or a combination of both. But there’s something quite, if you’ll pardon the expression, bonkers about it. And at the same time, extraordinarily powerful. Joyce can do more with a sentence than any other writer in English, it seems to me.

Bloom finds himself in a brothel but has visions of the New Bloomusalem with himself as Lord Mayor. Elsewhere Bloom becomes a mother. Stephen does not encounter the ghost of his mother, except in his imagination, but he does encounter a violent scuffle and must be removed from the residence. Can it get any worse? Can it get any better? While there are many ways of reading Ulysses, back to front, front to back, pick-your-episode, dilly-dally with your favourites, and so forth, these scenes, presented deadpan as a surrealist playscript, knowingly challenge the reader to try again. Their unfootnoted weirdness and wonder require the reader to cross a line.

A conversation between Philip and Maireid. Philip: Is Joyce’s advocacy of the poor, Joyce the socialist we might say, in evidence, e.g. in the description of Nighttown itself, and perhaps in the talk between Zoe and Bloom? Maireid: Unfortunate that Joyce is described as a socialist, when humanist is a truer fit. Philip: The word ‘socialist’ is part of a feed question. You’re right, I would also be careful calling Joyce a socialist. His portraits of socialists of the time are hardly flattering. His own politics are a matter of some conjecture, though there is no doubt which way he falls on home rule and the monarchy. One does not have to be a socialist to be an advocate for the poor (did I really say that) and socialism in 1904 or 1922 is not how the word is used today. Maireid: I’m fascinated by the overlapping Gilded Age-Progressive Era ‘movements’. I say ‘movements’ because it turns out there were powerful ‘influencers’ pushing for agendas which remain detrimental now which even Joyce might not have understood then – or equated the lead-up to the Irish revolution within a French culture that had made truly significant advances following the Revolution, e.g. ending feudalism. Philip: The time period terms you use are from the American lexicon and I do wonder how far you can take the terms in the Irish context. They presuppose industrialisation, for example, which is not on the map in Dublin in any big way, though it’s there, funnily enough, in Belfast. Bloom’s scientific mind is often operating in the realm of conjecture because science is not thick on the ground. Some of his fantasies, including his fantasy about his own mayoralty of an ideal city, are happily free of the grim realities of Glasgow, Manchester, or Pittsburgh. Maireid: You have touched on several ‘hot’ topics in a single paragraph. Time periods and turning points from 1880 to 1930. Events and popular uprisings leading to Catholic encyclicals.  Australian Federation. The Irish Free State, and that constitution! Philip: If we did a seminar on politics, a good starting point for discussion would be 1916, the year of the Easter Rising and publication of Portrait. Like with so many of us, politics for Joyce is about how he comes to terms with what he was taught when young, when he grows up. In his case, the betrayal of Parnell is critical. It’s like the 1975 Dismissal for many Australians, it changed the way they saw the Constitution itself and our relationship with Britain. Sir John Kerr is responsible for more republicans than you can count. Ulysses is, for the duration, about Ireland but like most of us the author is more than a little sceptical of politics. He is not didactic or polemical, he’s descriptive and ironic. Maireid: Australians, via the most subtle late 1800’s connections between the Irish and the Americans, saw some significant efforts to redress those ‘turning points’ in history. Since Federation those laws have remained in our Constitution, which the Australian Treasury Department ‘tried’ to reactivate in 2010. Those laws, still ‘on the books’, inspire my optimism.