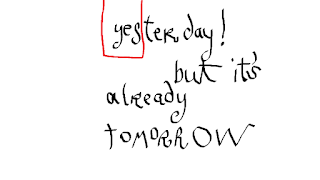 This year’s online Bloomsday seminar via Facebook was a global conversation in the privacy of our own screens. Each of the eighteen short films, released online by Bloomsday in Melbourne at the hour set for each episode, were treated as the ‘papers’ to prompt online discussion. Episode 16 included contributions by Sian Cartwright, Frances Devlin Glass, Claire Pedersen, and Elle Rasink, whose initials appear where their thoughts are represented in these analecta.

Stephen, after a tumult of a day, seems less inebriated than enervated. Nonetheless, he is intellectually sharp, and emotionally depleted and cynical. Instead of a climax, everything seems to be anticlimax. (FDG)

And yet he is seriously smashed from drinking and having to slow down. A person in that state is not going to say much. The blithe banter and wry inference in which the whole episode is written slows everything down. The long sentences slow the reader, while the lively vernacular keeps our attention, as well as the episode’s momentum. Can theatre convey a shared experience in which little is said but where much is understood between two people? Is slow and silent good theatre? Their walk through Dublin streets, written as a jolly piece of informative tour-guideism for local and visitor, is but an enjoyable wander shared between them and us, the reader.

It is a real anticlimax. You hope the snug confines of the cabman’s shelter and the chance of some actual food and coffee in his belly might be restorative for Stephen and inspire some father-son interaction with Bloom. But no, the grub remains untouched. There is no real conversation between the pair as that gets hijacked through the one-upmanship tall tales of the sailor W. B. Murphy. (Sian)

And yet it is not going to be Big Mac with fries to go. That they have got this far might be thought a minor miracle. Bloom stone-cold sober, Stephen stoned, it is a pair indeed who must sit at a table in a dodgy dump playing out the ritual of ordering a low-rent meal with nasty coffee, simply for the honour of being allowed to stay there. In such a knocked-out state, is not the story saying they don’t need to say anything much? How do you say everything using no words? It seems this may be the challenge Joyce set himself in getting his two heroes to this point in the odyssey.

Well, it is in some ways an anticlimax, but in others a much-needed breather for readers between the frenzy of Nighttown and the pseudo-catechism that’s coming next. Some readers find it quite welcome. (ER)

And yet there is very much going on with all the sailors home from the sea, a group of difficult coots full of unlikely stories that are not related in the Homeric English they teach at the universities across the river. I must go down to the sea again, not. The underlying element of danger that they represent, the memories they are warning us about, are from the world of the sea, a world that neither Stephen nor Leopold can imagine, for all their thoughts about it. We recall Stephen’s wonderful words about the sea on Sandymount Strand that morning. Will such words cut the mustard with the patrons of the cabman’s shelter?

There we are then, swapping observations in an idle way when, isn’t it always the way, the story is rudely interrupted by technology. Quote: “I think there’s a bit of a problem on the website. It’s currently showing Penelope as the film. Getting ahead of ourselves?” (ER)

And yet we want a film to do what a film cannot do, which is use images and scripts to tell us in the same way, but different, what thousands of written words have done in a way that defy film and always will. How to do slow while not being slow. How to say something when it’s what’s not being said that matters.

The episode is a recovery session after the frenzy and brutality of Nighttown. Psychologically it feels right, the end of the day, tiredness even exhaustion. The episode also gives some calm before the arrival at the house, then the lift-off of Molly, which is like nothing else anyone ever expected.

And yet, yes, the slow walk home is preparation for the even longer series of questions and answers these two men live with, none of which are as important as the fact they have met. And yet, yes.