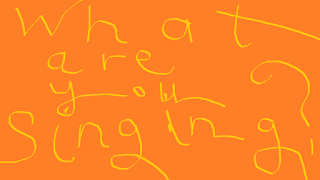 This year’s online Bloomsday seminar via Facebook was a global conversation in the privacy of our own screens. Each of the eighteen short films, released online by Bloomsday in Melbourne at the hour set for each episode, were treated as the ‘papers’ to prompt online discussion. Episode 4 included contributions by Steve Carey, Michael Cooney, Frances Devlin Glass, Tony Guyot, Susan Lever, and Andy Whyte, whose initials appear where their thoughts are represented in these analecta.
Metempsychosis, a running gag through the whole novel, makes its grand entrance here from the mouth of Molly Bloom. Yes, the exchange with Bloom reveals why Molly might be wanting to seek extra-curricula extension (FDG), his earnest explanation of metempsychosis having all the hallmarks of mansplaining, and yet it is she who asks and he who is there to try and give an answer.

Tell us in plain words. (MC) Metempsychosis marks the start of our understanding that there is a block between them, something has stopped the relationship from working as once it did.

Tell us in plain words, says the reader. And yet plain words are obviously not the reason why readers continue with Ulysses. Far from it, the rich vocabulary, metempsychosis and all, is the fascination that keeps us in thrall to the story-telling. Joyce’s understanding of our language use as extending from the plain to the advanced, the complex to the prolix, the everyday to the highly technical, is a secret of his writing. His employment of this understanding holds the reader’s attention and enlivens our enjoyment. We are in on his secret: the possibilities of language are endless. There never was such a thing as plain words alone. There is a time for plain words, there is a time to go way beyond plain words. Who made Molly’s crossword puzzle, anyway?

Why is one thought always leading to the next? And in response to this question, is there some alternative? (AW) Calypso settles the reader into the interior monologue, an almost entirely new way of writing at the time.  At breakfast it is all fairly accessible, the reader is getting the idea. By halfway through the book you’ve either got this way of communicating in words, or not, which is why some readers give up. By the time you reach the final episode interior monologue is a complete way of life: Molly is a verbal roller-coaster. Never mind the proposition that Wake is one big interior monologue. Furthermore, reading it aloud delivers sound meanings not always apparent in silent reading.

Is there some alternative? (AW) I read the other day about a condition where a person cannot remember images in their mind. This is certainly not a problem with the majority of humankind, least of all with Bloom. I think the thing Joyce shows throughout the book is not just that people have thoughts but that thoughts connect. He shows how they lead from one thing to the next, something he demonstrates thoroughly with his three main characters.

“Aphantasia, I think was the term you were (ironically) failing to recall, or more likely fully aware of but declining to name Philip. First described by Francis Galton in a paper in 1880. I suspect I have a mild form of it myself. I knew a blind man who had an extraordinary ability to form mental images. No doubt it helped him get home on the Tube... until the night, his last, when he was inebriated and miscalculated the stations. I wonder how James Joyce's poor vision affected his mental imagery?” (Steve)

Next question out of the hat. Bloom’s response to the Titbits story might be understood as an act of literary criticism, but the novel suggests that it’s also inspirational for Bloom. That he might embark on a joint publication with Molly based on her conversation. How much Joyce reveals his preoccupations. (FDG) Choice bits! (SL) Having your thoughts in print is an interest of many people in Ulysses. How to get them into print and in what format is also an expressed interest, though how much of this thought transfer makes it into print we will never know. At the centre of this human activity is the desire to have their experience announced and shared with the world, a refusal to live with personal isolation. It also describes every kind of social pretension, one of Joyce’s favourite comic subjects. Here comes everybody’s literary pretensions.

We see this in something so simple as Blazes’ early morning letter to Molly. Desire must advertise. Delivery of mail several times a day, which was the norm in Dublin in 1904, has been replaced a century later by social media, in which we can publish our desires and pretensions online all day and night, without the aid of a postman. Blazes can text Molly in plain words, or better still a few well-chosen abbreviations of textspeak.

A conversation between Frances and Philip. Frances: Ezra Pound wanted to censor the jakes scene early in the writing process.  He accused him of being too fond of going down where the asparagus grows. Any attempt at censorship, and Joyce just dug in. Pound wanted a cut. He didn’t get it. Philip: This is pretty rich coming from Pound, when we consider the infamous scatological Cantos he wrote, which make Joyce look like realism. Going to the dunny is something everyone does, even Jonathan Swift. Joyce wished to describe in full what the body does, what it is we live with every day. The sights, the sounds, the tastes, the smells! In this way the whole book is a celebration of the body, a reclaiming of the body from Irish puritanism and denial. Frances: My theory is that he was empowered by Joyce to write in ways in which he fundamentally disapproved. And the Cantos you refer to is him doing just that. Joyce clearly sits behind it. Philip: Bloom obviously lived in the days before panic buying for toilet rolls.